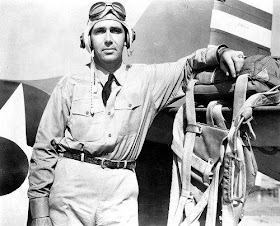 June 8, 1948 – As the city’s second major airport nears completion, the Chicago Daily Tribune uses its editorial page to suggest a new name for Douglas Field.  “… it would be fitting if Chicago would honor one of its greatest naval air heroes by renaming the terminal for the late Cmdr. Edward H. (Butch) O”Hare,” the editorial suggests.  On February 20, 1942 O’Hare’s plane was the only American plane in the path of a Japanese formation of nine bombers on their way to attack the U. S. S. Lexington off New Britain.  He won the congressional Medal of Honor for shooting down five of the enemy planes and scoring hits on three others. On the night of November 26, 1943 O’Hare and two other pilots took off from the U. S. S. Enterprise to intercept a group of Japanese bombers harassing a U. S. Navy task group northeast of Tarawa.  At about 7:30 p.m. a Japanese fighter opened fire on O’Hare’s Hellcat, and it was last seen fading into the night.  He was presented posthumously with the Navy Cross for which the citation read in part, “Lieutenant Commander O’Hare’s outstanding courage, daring airmanship and devotion to duty were in keeping with the highest traditions of the United States Naval Service.  He gallantly gave his life for his country.” 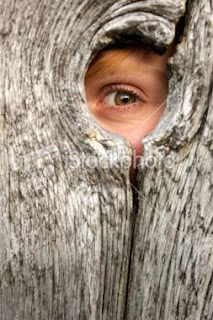 June 8, 1933 – Sometimes what DOESN”T get done in a city is way more interesting than what DOES.  Alderman Michael “Hinky Dink” Kenna long ago observed that “Chicago ain’t no sissy town,” and with this city’s particular form of politics and the constant grappling between commercial, cultural, and environmental factions, a lot of projects that get proposed die before they get very far.  So it was back in 1933 when on this date followers of Dr. Arne L. Suominen, a “nature cure specialist,” submit a petition signed by 10,000 people to the Lincoln Park Board, requesting a space for nude sun bathing.  The reaction of Board President Alfred D. Plamondon?  “I doubt that a fence could be built high enough.”  [Chicago Daily Tribune, June 8, 1933]  It only takes two days for the board to come to a decision, and the explanation for refusing to act on the petition is a perfectly logical one.  Plamondon said, “The exact reason we turned down the petition was the cost of the stockade.  It would have had to be of lumber absolutely free from knotholes, the most expensive grade.  Furthermore, to prevent an epidemic of peeping Toms on the skyscraper apartments bordering the park the stockade itself would have had to be a skyline affair.” [Chicago Daily Tribune, June 10, 1933]  Another member of the board observed, “I’m against it on esthetic grounds, especially now that everybody is drinking 3.2 beer.  Now you take some of these 200 pound papas with aldermanic fronts.  Start parading them around in their birthday clothes and you’ll make the bull mandrill over here in the zoo blush with shame.”
Chicago Old and New at 2:30 AM
Share