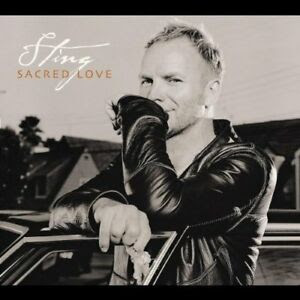 bing.com
October 8, 2003 – As the Chicago Cubs are in the midst of defeating the Florida Marlins, 12-3, in Game 2 of the National League Championship Series at Wrigley Field, Sting performs before a crowd of 40,000 at a free concert in Grant Park.  The show takes place on a 140-foot stage that took eight days, 150 laborers, 24 trucks and $2 million to construct.  [Chicago Tribune, October 9, 2003]. With an eight-piece band behind him, Sting makes his way through 19 songs, ranging from his first hits to a couple of songs from his just-released “Sacred Love” album.  The concert was received favorably ... it is best not to reflect upon what happened in the 2003 National League Championship.  Certainly, don't ask Moises Alou about it.  Ever.
October 8, 1949 – The Edens Parkway is dedicated with a bronze plaque honoring William G. Edens placed at the new road’s grade separation over Cicero Avenue just north of Foster Avenue.  In 1912 Edens, a banker, became the first president of the Illinois Highway Association and in that capacity began a campaign to pave the state’s roads, an effort that ultimately saw over $60 million in bond issues raised to fund highway construction.  Although construction continues on the new highway, by the end of 1950 it is anticipated that the new six-lane highway will carry more cars in a 24-hour period than existed in the entire state when Edens began urging a plan for the area’s future transportation needs.  Speaking at the event is Virgil E. Gunlock, the Chicago Commissioner of Subways and Superhighways and Illinois Lieutenant Governor Sherwood Dixon, who praises the cooperation of the state, county and city in the construction of the 15-mile highway as the three governmental bodies shared the $21 million cost of the project.  The highway ultimately opens on a December day in 1951 and is considered to be the city’s first true expressway. [newswttw.com] It was a better day in October than the official opening of the road on December 20, 1951 as the above photo shows.
Chicago Old and New at 12:30 AM
Share